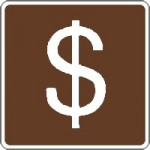 It’s been an interesting couple of years for the economy in North America.  It wasn’t that long ago that downsizing held the market share off news headlines as millions of Americans and Canadians lost their jobs.  Times were bleak and the word recession was often used to describe the situation.

Thankfully those times are moving behind us now, as the economy picks up.  Let’s take a look at just how well the RV market is bouncing back.

According to the Recreation Vehicle Industry Association (RVIA) wholesale shipments of RV’s were up in April, marking the ninth month of this upward trend.  A reported 24,600 units were delivered to retailers across the nation.

In fact, total shipments in April reached a 2 year high, with an 85% increase over the same month last year.  This year the RV industry predicts that 250,000 RVs will be delivered.

If you’re thinking that number is largely attributed to motor homes, think again.  Towables represented 22,000 of the 24,600 units moved in April.

These numbers are very encouraging and they certainly get me thinking about the fact that it is a great time to get into your first RV or upgrade to a new one.

One thought on “Economy Bounces Back, RV Sales Skyrocket”